The St Margaret’s Area Society’s AGM which was planned for Friday 24th April, and the preceding talk on Experiencing Oxford by Ian Davis, have been postponed due to the coronavirus pandemic. It will be re-arranged when circumstances permit

The meeting, organised by James Fry was attended by about 25 local residents.

They were addressed by Sgt Andy Poole who was accompanied by two of his PCSOs: Claire Bonneville and Chris Malin.

Andy’s team covers all of North Oxford, from St Giles north as well as Botley Rd and Abingdon Rd areas.  Other teams cover the city centre and east Oxford.

There are typically 11 to 14 police active in Oxford at any time and a similar number of PCSOs.  Rises to 30 to 35 in total on Friday and Saturday nights.

Changes in crime levels from 2 years ago to last year [calendar years?]:

Crime reports are welcomed.  101 can be slow (“awful”).
Website could be quicker and easier  www.ThamesValley.police.uk

Some types of report are better sent to other agencies:

Cold callers     Trading Standards if they are selling without a licence.
This is on Oxfordshire County Council website under Doorstep Crime

Parking             To police if dangerous or obstructing driveway.
To NSL otherwise (via Oxfordshire County Council website under Illegally Parked Vehicles)

The officers were thanked for their time and information.

Meeting closed at 20:30 and adjourned for coffee and biscuits.

Low Carbon Oxford North is holding a meeting this Wednesday 3rd July at 7pm at the Woodstock Road Baptist Church. You can get tickets here:
https://www.eventbrite.co.uk/e/cosy-homes-oxfordshire-talk-by-charlie-luxton-tickets-62579589236 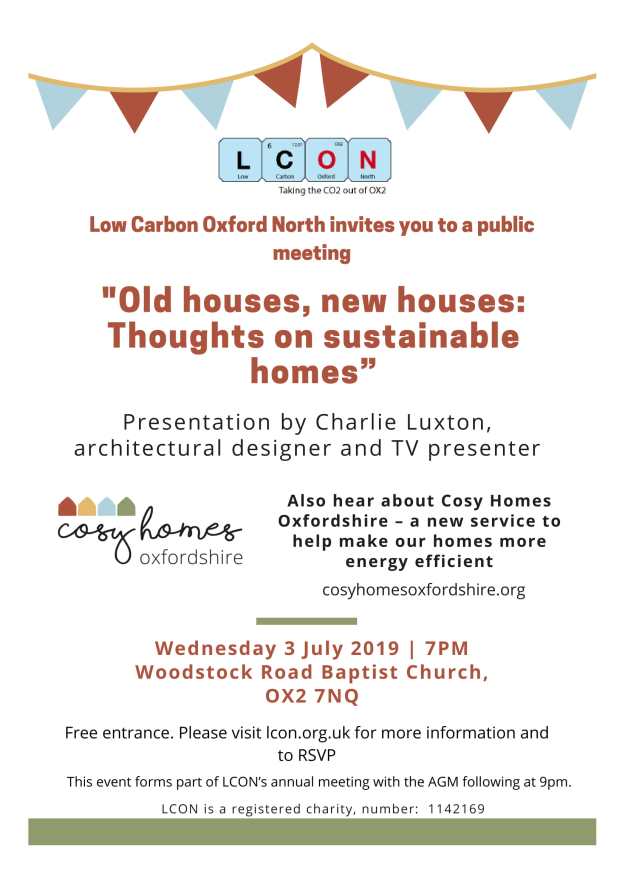 LCON says: “Our theme for this meeting is Cosy Homes Oxfordshire – the new local home energy efficiency retrofit service. Our headline speaker, Charlie Luxton, is an architectural designer and TV presenter who writes and speaks about the environment and sustainable architecture. His practice Charlie Luxton Design is based in North Oxfordshire and specialises in sustainable housing.

We will also hear from Russell Smith from the Cosy Homes Oxfordshire service and there will be plenty of opportunity to ask questions and find out more about the new service.

The meeting will be followed at 21.00 by our Annual General Meeting. All are welcome to stay for this, although only members can vote. If you are not yet a member, but live in our area, it is easy to join. Just visit our website for details.”

On Wednesday 29th May, at 7.30 p.m., in the Maplethorpe Hall,  St Hugh’s College, OX2 6LE (entrance from St Margaret’s Road), by kind permission of the Principal, followed by refreshments.

Professor Reverend William Whyte, Vice-President of St. John’s College, is the Chair of the Oxford Preservation Trust, and has kindly agreed to build on his very successful Civic Society talk, 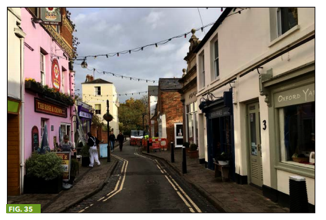 Followed by the AGM

* Professor Whyte’s reading list linked to his Civic Society talk is highly recommended. It is at https://www.oxcivicsoc.org.uk/prof-whytes-reading-list/

AGENDA FOR THE MEETING

9.15 p.m. AGM (See below for Current Committee Membership, Requests for nominations and Report on 2018-19 activities)

Please contact us if you have a local planning problem or you wish to express an opinion.

This Amenity Society was formed in 1971. It exists to protect and improve the area and to promote social cohesion. The Committee meets regularly.

SMAS submits comments to the City Council on planning matters, representing the views of residents in central North Oxford.

Nominations for 2019-20 in writing to the Chair, James Fry, at 7 Rawlinson Road by Saturday 25th May. (All nominations must have the prior consent of the nominee.)

The Society would welcome donations towards the costs of this AGM.

The Oxford Mail has covered the story behind the gardens leaflet produced by St Margaret’s Area Society.

You can read the story HERE.

The North Oxford Victorian suburb is admired throughout the world. Its character is that of a garden city and it is in all our interests to keep it that way.

St Margaret’s Area Society has produced the following leaflet, with advice from Oxford City Council, which has been delivered to homes in the area. It provides planning advice, discusses the current planning constraints and emphasises the value of suitable planting. 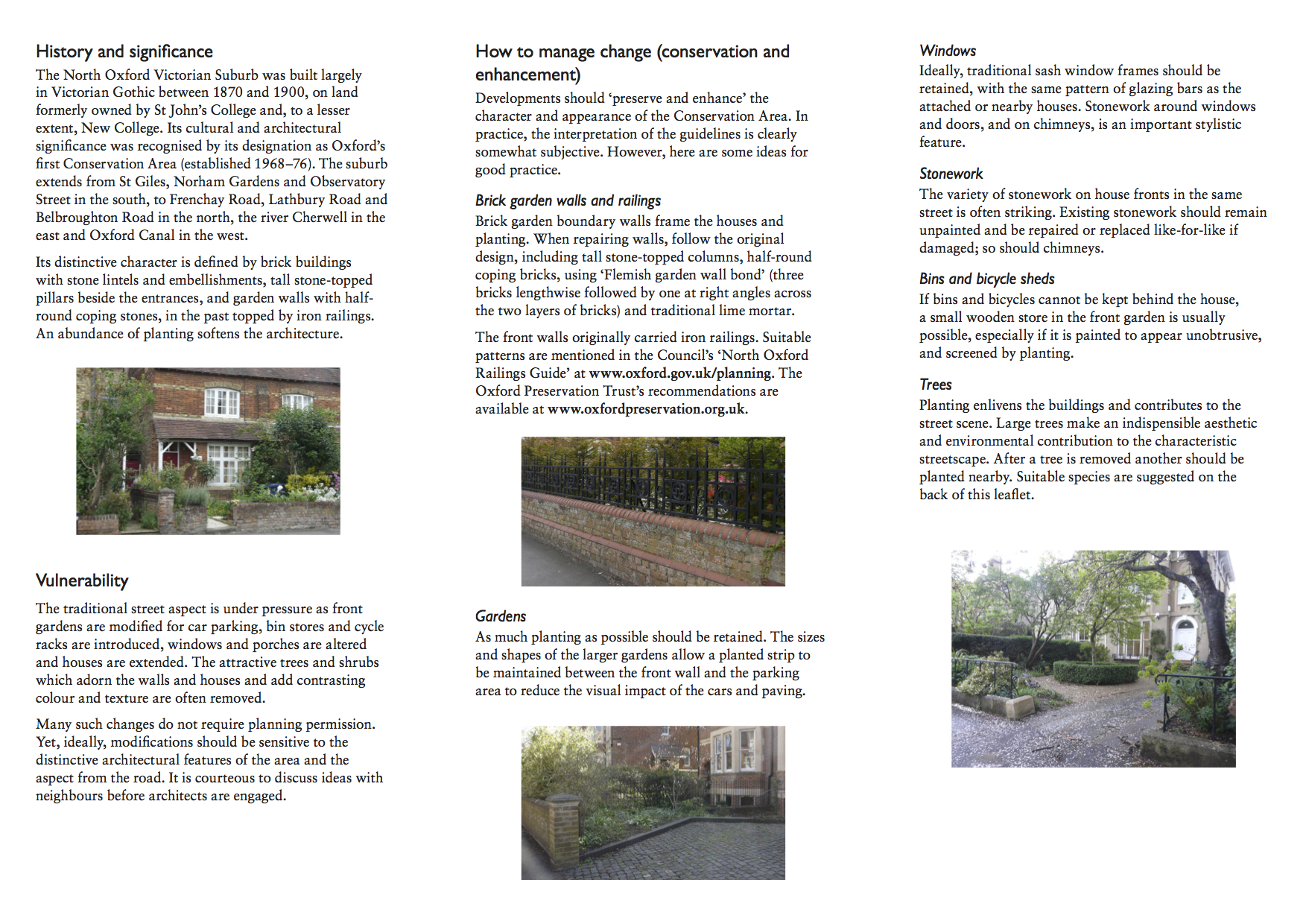 A PANEL PRESENTATION AND DISCUSSION

This is an opportunity to raise concerns about the conservation of our special area. Please come with your questions and comments! 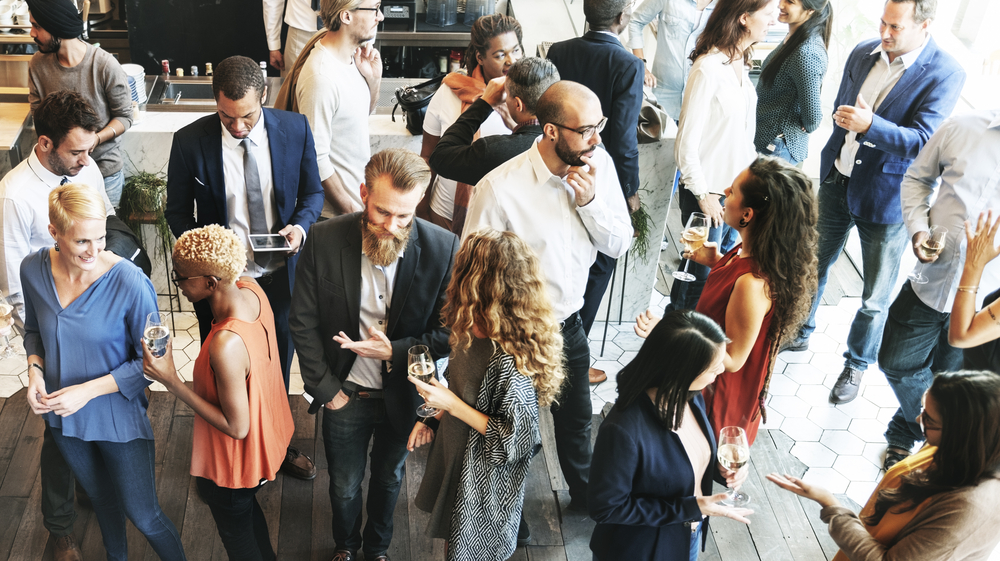 Everyone is welcome to join St Margarets Area Society to hear from the consultants, Artemis Heritage, who prepared the North Oxford Victorian Suburb Conservation Area Appraisal report that is now out for consultation.

A draft of the report can be accessed by clicking here:

The meeting will take place in the Mordan Hall at St Hugh’s at 7.30 on Thursday 23rd March. Tea and biscuits will be provided.